And though no one seems to want to talk about our toxic environment, women and men on this island (and our children) are diagnosed with 16 – 18% higher levels of breast cancer and 67% – 69% higher cases of thyroid cancer than all of New York City and New York State combined, respectively.

As we reported on our show, Don’t Look Don’t Find, the NYS Health Department was more focused on blaming the Borough President, James Oddo for the “epidemic” (our words not theirs) of thyroid cancer on Staten Island because of his free screening program (the only one of it’s kind in the US), than in figuring out ways to lower the toxic exposure of residents on this island.

Our upcoming documentary, Breast Cancer on Staten Island will not only bring to light these toxic conditions, but we will speak to women and men living on Staten Island, those diagnosed with breast cancer and those that aren’t (and our loved ones) about how they live, work, and play on this island; as well as, their fears, their challenges and their hopes for the future.

This documentary is being produced and filmed by Dr. Charley Ferrer, founder of Cancer Tamer Foundation. We’ve applied for funding to help produce the documentary in October 2019; fingers crossed that we get it.

Check out our other documentaries which premiered with Breast Cancer Diaries October 2019:

If you would like to donate to help produce this documentary, please use this link to make your tax deductible donations. 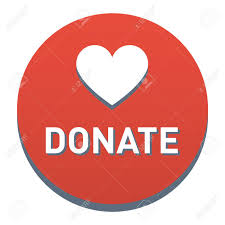