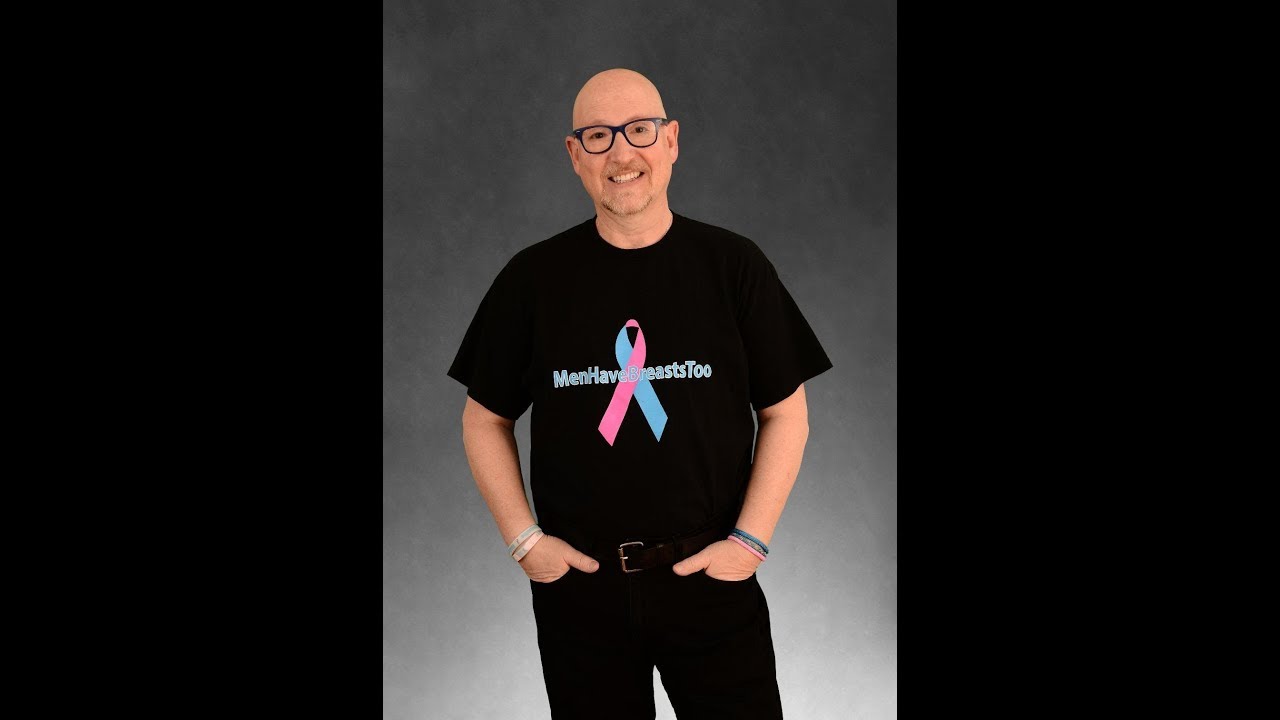 All too often, men are over looked when it comes to breast cancer. Though rare in men, breast cancer can and does occur. It’s estimated that 1 in 833 men will be diagnosed with breast cancer and because it’s uncommon, it is typically overlooked and discovered when cancer has reached higher stages of the disease. Michael Singer, an advocate for male breast cancer joins Cancer Tamer TV Talk Show hosts Dr. Charley Ferrer and Debra Santulli-Barone to discuss the nuances of male breast cancer and the Male Breast Cancer Coalition. A little about our guest:
Michael Singer, a Bronx native currently living in Throggs Neck, is an Eight-year male breast cancer thriver. He’s a product of the Bronx school system and had a 31-year career with the federal government as a Facility Maintenance Manager.  Michael underwent a mastectomy after discovering a cyst under his left nipple in 2010.  He’s a member of the Male Breast Cancer Coalition, a collection of foundations and international male breast cancer survivors sharing their journeys. The coalition provides men and their families with resources to navigate through what is usually a woman’s only club. As a lead advocate for the MBCC, Michael and his wife Patty travel around the country with special pins and bracelets raising awareness of male breast cancer. He’s a graduate of the Project Lead program sponsored by the National Breast Cancer Coalition and has participated in the Department of Defense Congressionally Directed Medical Research Program. Michael was also selected as a 2016-2018 Ford Warrior in Pink Model of Courage for Ford Motor Company. Michael has been featured in the mini-series “Men Have Breasts Too” a series about male breast cancer and its impact on men, their friends and families, further proving breast cancer does not discriminate.  Thanks to Michael, New York State recognizes the 3rd week of October as Male Breast Cancer Awareness Week. Now that he is healthy again, his aim is to spread male breast cancer awareness to other men. He has participated and speaks at events to raise awareness. Michael’s ultimate goal is to spread the word that men can get breast cancer too, men should check themselves routinely, as well as be aware that early detection is a key to surviving this deadly disease. Michael meets with scientists, does countless interviews (CBS News, People, Headline News, NY Daily News just to name drop a few), attends conferences and has dedicated his life to helping others.

Dr. Charley Ferrer is a world-renowned Clinical Sexologist & Sex Therapist. She is the award winning author of several books on relationships, sexuality and self-empowerment. She was diagnosed with breast cancer 2016 and thyroid cancer in 2017. Frustrated with the lack of information and treatment options provided to cancer patients, Dr. Charley created Cancer Tamer Foundation which focuses on education and empowerment. In 2019, she wrote the play, Breast Cancer Diaries which premiered to a sold out crowd on Staten Island & Manhattan along with two documentary files: Messages of Hope and Faces of Breast Cancer. Her philosophy on cancer is realizing that cancer is not an “outside force” invading but an “inside force” residing. “It’s in our blood, our breasts, our DNA. In our attempts to destroy it, we are inadvertently destroying ourselves.” she states.
Dr. Charley’s revolutionary new way of thinking about cancer is turning heads, creating controversy, and reminding men and women that we should not be at war with our body! Check out her new book, Breast Cancer: From Diagnosis to Surgery. Debra Santulli-Barone as Segment Producer on Cancer Tamer Talk Show, “Did you know…,” Debra enjoys researching information and sharing her discoveries and insights by educating the community. Since being diagnosed with breast cancer, Debra is dedicated in helping empower women to overcome the challenges they face with breast cancer and other forms of cancer. She is a dynamic lady who helps with her son’s anti-bullying group, Play it Forward NY. She has a Bachelor Degree in Corporate Communications, minors in Journalism and Business. Her former job was Executive Director of the non-profit, Myasthenia Gravis Alliance in New York City. An avid music lover and dancer, what keeps her young is enjoying the original music her sons compose for their label Red Planet Records LLC. She is grateful for her loving family, friends, Cancer Tamer, and the Rossville A.M.E. Zion Church.